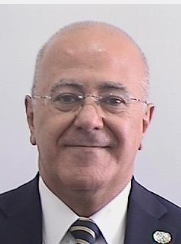 Mr. Mounir Tabet (Canada) took up his official functions as Deputy Executive Secretary of the United Nation Economic and Social Commission for Western Asia (ESCWA) on the 7th of September 2018.

Prior to his ESCWA assignment, Mr. Tabet served as the UNDP Country Director for Iraq (2016-2018) where he oversaw the UNDP program that supported a major humanitarian operation including the stabilization program, and a number of programs in support of transition including reconciliation, security sector reform, anti-corruption, inclusive growth and climate change.

Prior to Tunisia, Mr. Tabet served as the Country Director of UNDP Egypt (2007-2013) where he led UNDP support to Egyptian Development efforts addressing poverty reduction, strengthening democratic governance and enhancing capacities for environmental protection. Between 2011 and 2013, Mr. Tabet led UNDP efforts to support the transition period in Egypt.

From 2004 to 2007 he was the Senior Program Advisor in the Regional Bureau for Arab States (RBAS) in UNDP headquarters in New York where he was responsible for North Africa Arab countries and contributed to the development of strategic corporate initiatives such as the 2008- 2011 UNDP corporate strategic plan and the overall democratic governance policy.

Prior to his headquarters assignment Mr. Tabet was Edward S. Mason fellow at Harvard University – the Kennedy School of Government. There, he completed a Masters degree in Public Administration. His areas of focus included globalization and international trade, macro-economics, competitiveness, management, Leadership and knowledge management. He also holds a Masters degree in Economics from the University of Ottawa – Canada.

From June 2002 until June 2003 Mr. Tabet served as the UNDP Deputy Resident Representative in Saudi Arabia Country Office. From January 1999 until May 2002 he was a Senior Technical Adviser in local development and decentralization at the Bureau for Policy Development, both at HQ and in the Kathmandu Sub-Regional Facility (SURF). From 1998-1999 he worked as Manager of start-up activities for the Sub-Regional Facility in Beirut, having been assigned there as Assistant Resident Representative from 1993-1998. Mr. Tabet undertook several consultancies for the International Fund for Agricultural Development (IFAD) in Rome during the period of 1991-1993 and began his career as a Junior Program Officer with UNDP in Djibouti (1989-1991).

Prior to joining UNDP, Mr. Tabet worked with the North South Institute and the International Development Research Centre in Ottawa, Canada, taught briefly at the University of Ottawa and undertook many consultancies for UN agencies.