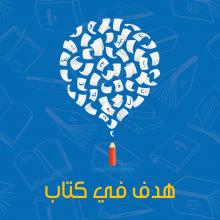 ﻿Since the dawn of time, human beings have endeavoured to improve their reality through wars and peace, negotiations and plans. Their goal has always been a thriving present and a prosperous future.

On this arduous path, which has been hampered by a transboundary virus, language has been invaluable: an accurate and sincere reference, and an intellectual and expressive tool.

Language reminds us that our roots are endless, extending into the coming days, seasons and climatic cycles. Today’s idea is tomorrow’s reality, and today's action is tomorrow’s outcome. Language warns us to avoid a rerun of scenes of poverty, hunger and homelessness across time and space. It awakens us with a word, an intonation, an image or a parable, saving us through its surreal beauty that depicts a harsh reality. Language expresses the silence and commotion of nations, the abundance of worries and priorities, and the broken dream of people migrating in search of hope in their reality.

On Arabic Language Day, the main feature is not an event unfolding in the arena of an ancient city, or an invention that threatens to change the face of humanity in a futuristic metropolis, or a natural or human-made disaster, or a festival of shapes and colours. It is all of this combined in a story or novel that satisfies the thirst of words for meaning, for a cause, for a goal.

“A book for a Goal” is a title chosen by ESCWA to celebrate Arabic and other United Nations languages this year, in an attempt to link the 2030 Agenda for Sustainable Development and its 17 Goals to the heritage of humankind, as summarized in literature. Readers can familiarize themselves with the driving forces behind these Goals through books that emanate jubilation and apprehension. Their lines narrate the past and present of countries, and chart their future.

Language is rich in oeuvres tackling human issues, which we rediscover in perennial scenes drawn by characters that represent all individuals in society. Among them is a student thirsting for knowledge, a worker longing for employment, a woman seeking equality, and a country striving for equitable development and sufficient resources for present and future generations.

Arabic Language Day is one of six United Nations languages days, celebrated on 18 December to emphasize pluralism and the role of languages in transmitting a universal message to a local consciousness, so that farmers can implement it in their fields, industrialists in their factories, and officials is their policies. A message that urges everyone to build on solid foundations towards a world that leaves no one behind.