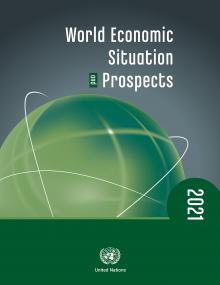 Beirut-New York, 27 January 2021— The United Nations today warned that the devastating socio-economic impact of the COVID-19 pandemic will be felt for years to come unless smart investments in economic, societal and climate resilience ensure a robust and sustainable recovery of the global economy.

In 2020, the world economy shrank by 4.3 per cent, over two and half times more than during the global crisis of 2009. The modest recovery of 4.7 per cent expected in 2021 would barely offset the losses of 2020, says the latest World Economic Situation and Prospects.

The economies in Western Asia, on average, are  estimated to have contracted by 4.8 per cent in 2020. A slow recovery is projected with a growth of 3.8 per cent in 2021 but economic recovery in the region will depend on global energy demand, international tourism and the extent of the recovery of domestic demand on the back of fiscal support measures, warns the report. Unfortunately, both global energy demand and international tourism are projected to recover slowly, and to reach pre-crisis levels only after 2022.

“We are facing the worst health and economic crisis in 90 years.  As we mourn the growing death toll, we must remember that the choices we make now will determine our collective future,” said UN Secretary-General António Guterres, who addressed the Davos Agenda event on Monday.

“Let’s invest in an inclusive and sustainable future driven by smart policies, impactful investments, and a strong and effective multilateral system that places people at the heart of all socio-economic efforts.”

The report underscores that sustained recovery from the pandemic will depend not only on the size of the stimulus measures, and the quick rollout of vaccines, but also on the quality and efficacy of these measures to build resilience against future shocks.

Domestic demand is projected to recover, should the pandemic come under control quickly. However, aggregate demand is projected to remain below the pre-crisis level without additional fiscal support.  As there are little prospects for improvement in public revenue during 2021 and 2022, the region’s high-income countries are likely to depend to a greater extent on debt financing. However, the current situation would likely compel the region’s middle- and low-income countries to curtail or roll back fiscal support measures, which could impede their economic recovery.

Iraq, Lebanon, the Syrian Arab Republic, Yemen and the State of Palestine continue to endure conflicts, political instability and tense geopolitical situations. Despite the international community’s appeal for a global ceasefire during the pandemic, continuing hostilities have made the region more prone to humanitarian crises. In Lebanon, the situation swiftly became dire owing to the rapid deterioration of living standards and rising poverty.

As monetary stances have already been eased substantially, there will be increasing reliance on fiscal policy measures to steer region’s economic recovery.  The situation calls for international and regional cooperation to assist countries with limited fiscal spaces. Moreover, more fiscal expenditures need to be geared toward employment creation to stabilize increasingly dire socio-economic conditions.