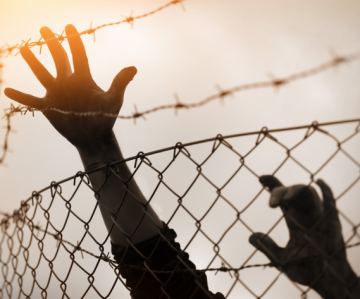 In its third edition, the Situation Report showcases the latest data and information on migration in the region. It explores current trends, patterns and drivers of migration and presents key findings for each subregion. The report also introduces the latest legislative and policy developments relating to migration in each Arab country.

Evidence presented in the report showed that in 2017, the region hosted over 38 million migrants and refugees, representing almost 15% of the total 258 million international migrants worldwide. Migration from the Arab region had also been on the rise, reaching an estimated 29 million people in 2017, almost half of whom were within the region.

Labour migration continues to be a dominant trend in the Arab region, which attracted nearly 24 million labour migrants representing close to 15% of all migrants globally. The Arab countries are  also major recipients of remittances, amounting to $54.1 billion in 2017, almost double the amounts the region received in official development assistance and in net foreign direct investments.

Conflicts and environmental pressures in the region have also led to significant flows of forced population movements, including internal displacement particularly in Iraq, Somalia, the Sudan, the Syrian Arab Republic and Yemen.  According to 2018 data, 8.7 million refugees under the mandate of the United Nations High Commissioner for Refugees (UNHCR) originated from the Arab region, including 6.5 million Syrian refugees. There have also been 5.4 million Palestinian refugees in the region registered with the United Nations Relief and Works Agency for Palestine Refugees in the Near East (UNRWA).

In its thematic chapter, the Situation Report delves into the Global Compact for Safe, Orderly and Regular Migration (GCM), a visionary document adopted in Marrakesh, Morocco, in 2018, which provides a comprehensive global framework of common values, principles and approaches to international migration governance. The Situation Report provides a timely analysis of GCM policy implications for migration governance in the region. It addresses three priority areas of migration governance in the Arab countries, namely full inclusion and access of migrants to basic services, vulnerabilities in migration, and smuggling and trafficking of migrants. The report presents recommendations for integrated and comprehensive migration governance, in line with GCM principles and objectives.