The International Comparison Program in a Nutshell 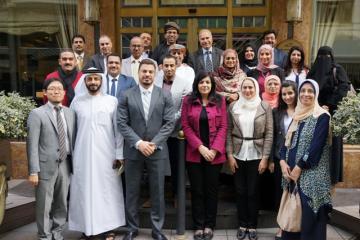 The International Comparison Program (ICP) is a global statistical initiative aimed at estimating purchasing power parities (PPPs) that are used to convert gross domestic product (GDP) and its components from national currency denominations into common international currency units at equal price. Today, the ICP has become not only the largest international statistical program in the world, but also the most complex, involving 199 countries worldwide. The ICP conducts surveys every five or six years to collect price and expenditure data for all goods and services that make up the GPD in order to calculate the PPPs. To ensure the quality of PPP data, the ICP puts much effort into harmonizing and standardizing practices across countries and regions; effort goes into ensuring that countries use the same methodology and comparable data collection procedures. The 2011 round of the ICP-Western Asia (WA) regional program was coordinated by UN-ESCWA and represented an effective partnership that has brought together National Statistical Offices from 12 countries (Bahrain, Egypt, Iraq, Jordan, Kuwait, Oman, Palestine, Qatar, Saudi Arabia, Sudan, United Arab Emirates and Yemen) together with other regional agencies and international organizations. The 2011 round delivered its report and findings in February 2014, and its latest meeting was held in December 2014, in Istanbul, Turkey, headed by Regional Coordinator Majed Skaini. Representatives of the 12 countries that took part in the 2011 ICP round took part in this regional meeting as well, which also saw representation from the World Bank, to examine the details of the methodology that was developed by the regional office and transmit it to other regions. The meeting aimed at estimating the PPPs for 2012 and 2013. In the run-up to the meeting, the regional office at the ESCWA Statistics Division finalized a detailed methodology that enables PPPs to be estimated for additional years without having to conduct new data-collection surveys or organize a complete new round of the program. This thorough and precise methodology benefited from the regional office's experience in the 2011 round and was applied to the years 2012 and 2013. Western Asia is the first region to accomplish this achievement among world regions. To know more about the program, please visit: http://www.escwa.un.org/icp2011/index.asp