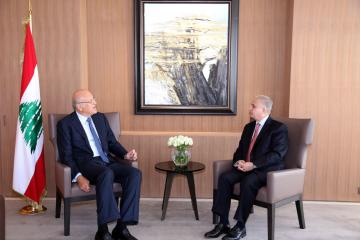 Both sides discussed priority issues in the Arab region, namely the reconstruction of Syria and ESCWA activities in this regard.