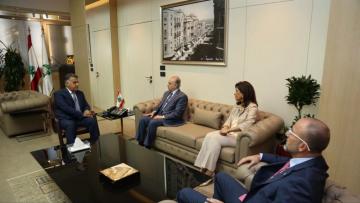 The two sides discussed cooperation and coordination between the General Directorate of the General Security and ESCWA.