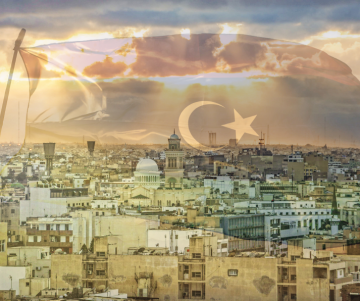 ﻿﻿Beirut, 2 December 2020--The cost of the conflict in Libya since its outbreak in 2011 exceeds 783 billion Libyan dinars (LYD), i.e. $576 billion according to the official exchange rate (bearing in mind that different rates coexist in the Libyan market). This is one of the key findings of a new report issued today by the United Nations Economic and Social Commission for Western Asia (ESCWA) on the "Economic Cost of the Libyan Conflict".

According to the report, the conflict in Libya has drastically shrunk the economy as reflected in the large decline in gross domestic product (GDP) and in investment rates. Consumption has also decreased owing to the massive return of foreign workers to their home countries and reduced incomes of Libyan citizens. Foreign trade has been disrupted by a significant reduction of exports in some key products such as oil. However, the impact has been much higher on imports, mainly due to a contraction in the construction and building sectors.

The report further  highlights some major factors that have exacerbated economic losses, such as the destruction of capital assets in the oil, construction, agriculture and manufacturing sectors; the decline in oil prices on global financial markets; and the diversion of resources from health care, education and infrastructure to military spending.

The report also notes that the repercussions of the conflict in Libya have spilled over to the economy of neighbouring countries such as Algeria, Tunisia, Egypt and the Sudan, with which Libya has important ties in trade, investment and employment.

“Peace in Libya requires a plan for reconstruction and recovery based on effective and transparent economic governance and rehabilitation of sectors affected by the conflict,” said Tarik Alami from ESCWA. He also called for advancing growth and investment through emergency short-term reconstruction programmes and longer-term institutional reform.

The report also warns that the cost of the conflict is set to rise sharply in the absence of a peace agreement in the coming years. According to ESCWA, if the conflict continues until 2025, it may add $462 billion to the total cost estimated today, which would amount to 80% of losses incurred over the past ten years.

The report is the output of the first phase of an ESCWA project on the effects of peace and reconstruction in Libya on neighbouring countries and regional cooperation, which feeds into the ESCWA Libya Socioeconomic Dialogue launched to debate alternative socioeconomic frameworks for sustainable development in Libya. The project comprises two phases: the first measures the direct repercussions of the war economy on Libya, and the second delves into the opportunities that could arise from peace and reconstruction in the country for neighbouring ones and for regional cooperation.