Disability in the Arab World: From Charity to Agency

A missing part of disability in the Arab world

Globally, at least 446 million people – or 6 percent of the world population – are estimated to be living with disability. By contrast, only 2 percent of the Arab population is reported to be living with disability. This data varies significantly for different countries in the region from 0.2 percent and 1 percent in Qatar and Mauritania to 4.8 percent and 5.1 percent in Sudan and Morocco. Overall, the numbers are remarkably low given the widespread occurrence of risk factors and disability causes in the region, including armed conflicts, natural disasters, road traffic accidents, and the high prevalence of noncommunicable diseases and intermarriages. This discrepancy in data reporting on disability is caused by challenges in data collection, the different definitions of disability that each country uses, and other factors such as social stigma that discourages people from reporting disabilities.

There are many causes of disability. Some of them are congenital or related to complications in pregnancy or when giving birth. However, a sample of 11 Arab countries for which data is available shows that these factors would represent less than half of the cases of disability. The most common non-congenital factors in the region are accidents (16%), followed by diseases (15%), and old age (12%). Accidents can happen while on the road, at the workplace, or even at home. Diseases include severe infections, noncommunicable diseases such as cardiovascular diseases (e.g. heart attacks and stroke), cancer, chronic respiratory diseases (e.g. asthma and pulmonary hypertension), etc.

Disability can happen at any time in life and to any of us. While we can adjust our lifestyle to reduce some of the risks, in many cases, it is not under our control to prevent it. 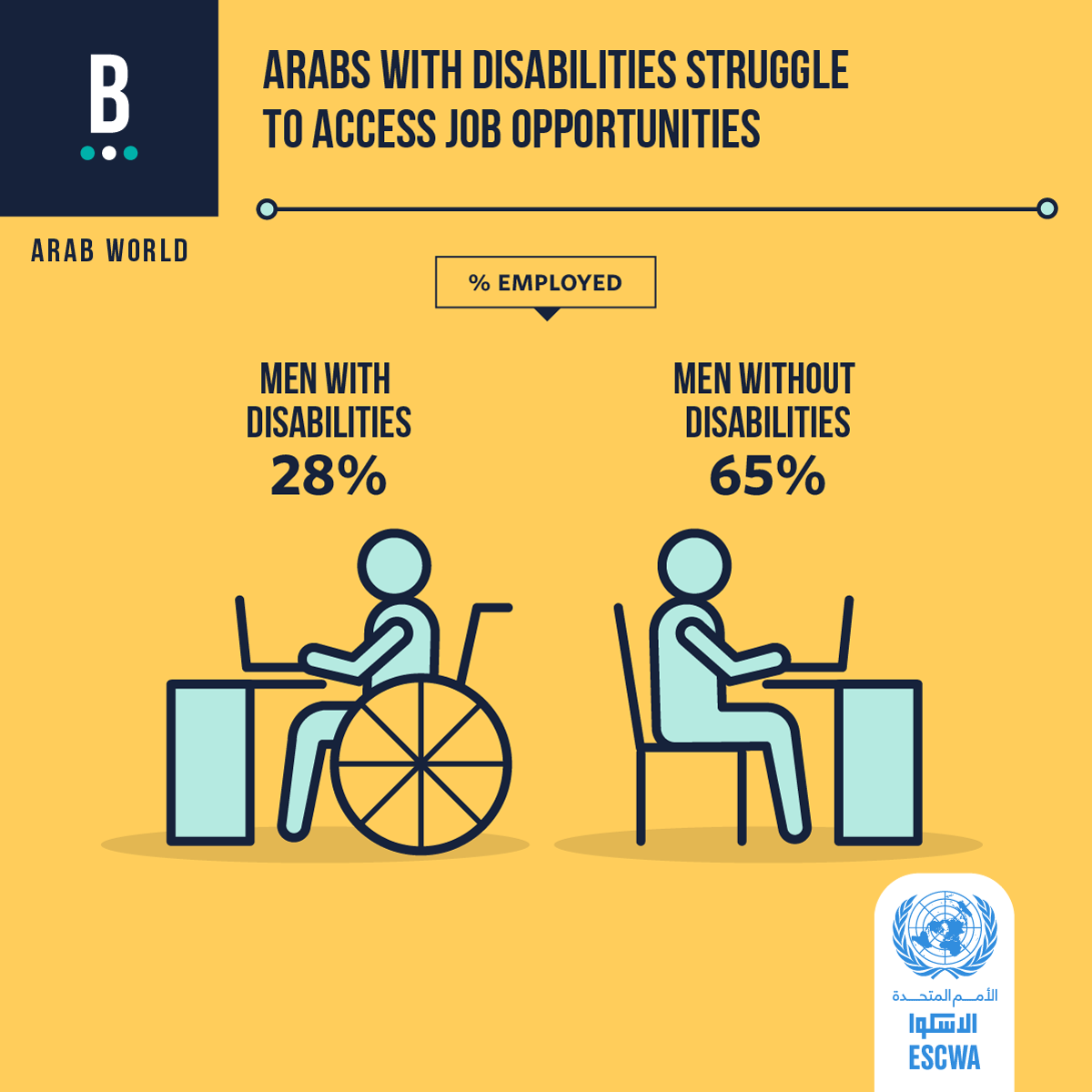 Arab governments recognize the rights of persons with disabilities

In addition, 17 Arab countries have instituted employment quotas for persons with disabilities in the public and private sector. Algerian laws, for example, institute that one percent of workers for each employer must be a person with disability. This figure varies to 2 percent in Bahrain, 5 percent in Egypt and Iraq, and 7 percent in Morocco.

However, barriers still exist for persons with disabilities 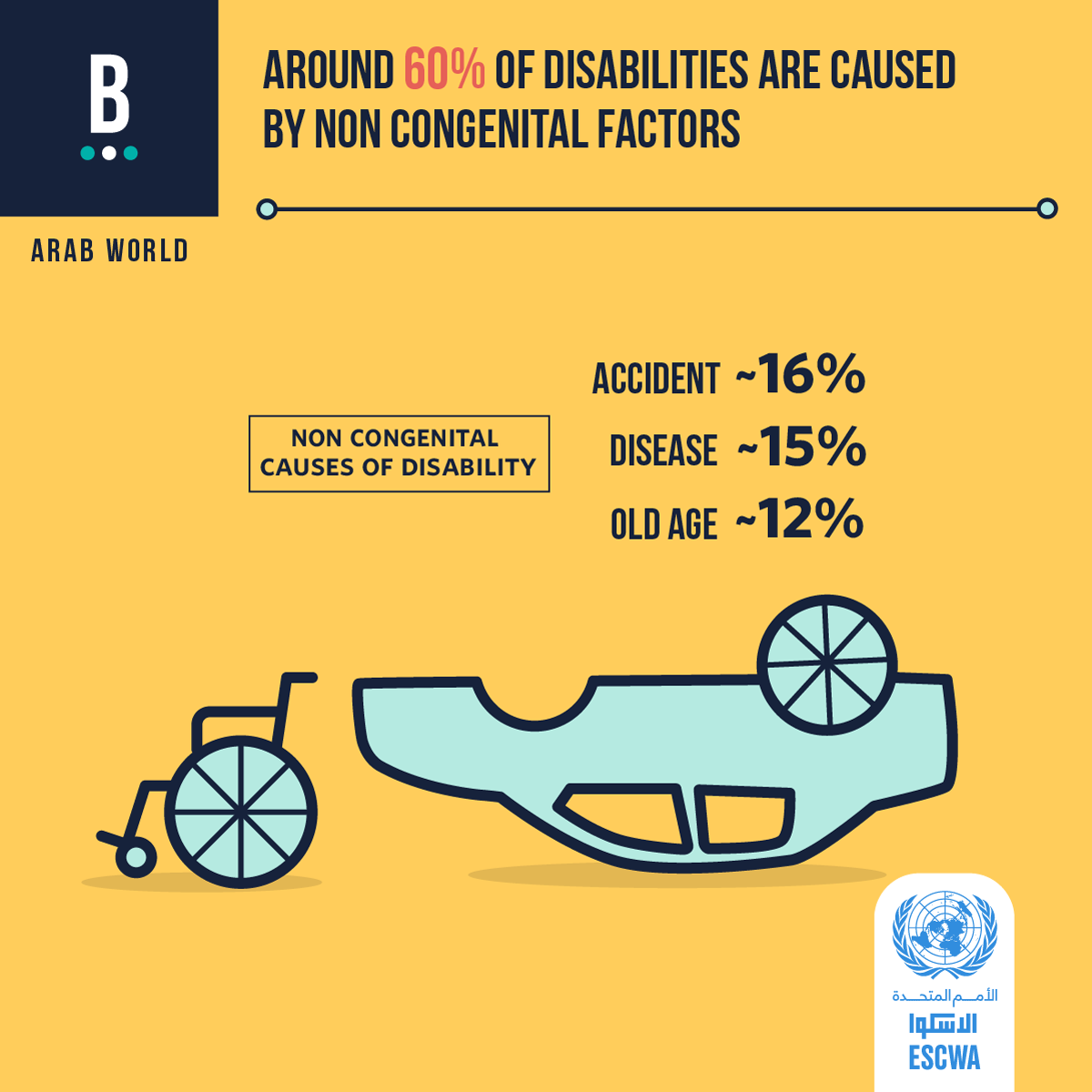 The inclusion of persons with disabilities benefits societies and represents a key component for the success of development objectives, including the Sustainable Development Goals. This begins with inclusive access to healthcare, education, jobs, and public spaces. Including persons with disabilities allows for the promotion of untapped potential and resources that can benefit everyone. Governments and citizens are responsible for ensuring equal access to opportunities across society so families can receive the necessary support and individuals can assume agency and actualize their full potential.

United Nations. 2006. Convention On the Rights of People with Disabilities.

ESCWA. 2014. Disability in the Arab Region: An Overview.

NCBI. 2013. Disability Statistics: An Integral but missing (and misunderstood) Component of Development Work.